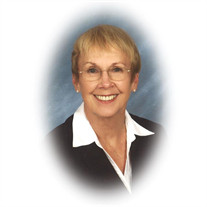 Mrs. Betty Jane "Janey" Dudney of Gainesboro, age 81, passed away peacefully at home on August 28,2020, surrounded by her family. She was born on September 25, 1938 in Rockwood, Tennessee and graduated Rockwood High School in 1956. She was a retired History and English Instructor at Tennessee Tech University and a member of St. Michael's Episcopal Church in Cookeville. Mrs. Dudney earned her BA in English with honors from Tennessee Tech in 1963, where she was initiated into Phi Kappa Phi and served as President of the Sigma Tau Delta English Honor Society. She married Dr. Elijah Morgan Dudney on December 7, 1963 and the couple made their home in Jackson County. Mrs. Dudney returned to TTU in the 1980's and obtained Master's degrees in History and English while earning her 2nd degree black belt through Jack Scott's United Karate Studios. She taught both English and History at TTU during the 1990's. Mrs. Dudney was a gifted writer and a precise scholar. The last student to earn a Master's degree through the TTU History Department, her thesis advisor Dr. Larry Whiteaker encouraged her to write about the Civil War in White County. Whiteaker knew Mrs. Dudney was the great, great grand daughter of Confederate General George Dibrell and thought the subject would be a good fit. Her resulting master's thesis Civil War in White County, Tennessee: 1861-1865 would provide future scholars a valuable resource for their research of Upper Cumberland guerilla warfare and the Appalachian Civil War experience. TTU History Professor Dr. Troy Smith cited her work in his narrative history and also relied on it in his historical fiction work Good Rebel Soil: The Champ Ferguson Story. Dr. Smith stated, "Her work gave me a genuine feel for what life was like in White County during that time. It remains the best source for that kind of information." University of Virginia at Wise History Professor Dr. Brian McKnight cited Mrs. Dudney's work extensively in his book Confederate Outlaw: Champ Ferguson and the Civil War in Appalachia. Dr. McKnight stated, "Her work has played a major role in shaping how we view the Civil War in the Upper Cumberland." Mrs. Dudney authored a chapter on Jackson County's musical heritage in Dr. Lynwood Montell's Grassroots Music in the Upper Cumberland in 2006. She and Dr. Calvin Dickinson contributed a chapter on early medical professionals to the anthology People of the Upper Cumberland: Achievements and Contradictions, named the Tennessee History Book of the Year in 2015. Mrs. Dudney was active in civic affairs in Jackson County and the Upper Cumberland region. She was instrumental in starting the Girl Scout program in Jackson County in the 1970's and served in leadership roles with the Scouts both locally and regionally. A long-time volunteer for the Jackson County Election Commission, she worked on behalf of St. Jude Children's Hospital and served on multiple committees to benefit the public in Jackson County. She was appointed to the Highlands Residential Services Board of Commissioners in 2004 and served for twelve years, retiring in 2016. Mrs. Dudney served as Chair of the Highlands Board from 2012 to 2015. Mrs. Dudney was preceded in death by her parents, U.C. Fulmer, Sr. and Katharine Mary Fulmer; her sister Mary Katherine Martin; and her brothers, Harold Young Fulmer and U.C. Fulmer, Jr. Survivors include her husband of 56 years, Dr. E. M. Dudney; daughter Jane Morgan Dudney Roberts (husband Jeff) and step-daughter Dr. Tina Dudney (husband Mike); son Mark Dudney (wife Laurajane); brother George Fulmer, two sisters-in-law, one niece and six nephews. She had four grandchildren: Hannah Claire McCormack, Sarah Jane Dudney, John Morgan Dudney and Rachel Katharine Dudney. A private burial service will be held and Anderson Upper Cumberland Funeral Home is handling the arrangements. Due to the pandemic, the family will schedule a celebration of life at a later date. In lieu of flowers, the family requests that donations be made to the Tennessee Tech University History Department.

Mrs. Betty Jane "Janey" Dudney of Gainesboro, age 81, passed away peacefully at home on August 28,2020, surrounded by her family. She was born on September 25, 1938 in Rockwood, Tennessee and graduated Rockwood High School in 1956. She was a... View Obituary & Service Information

The family of Betty Jane Dudney created this Life Tributes page to make it easy to share your memories.

Send flowers to the Dudney family.