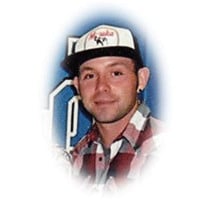 Funeral services for Derek Jordan Ragland, 25, of Gainesboro, Tennessee, will be held at 2 P.M. on Sunday, October 5, 2014, at Anderson - Upper Cumberland Funeral Home in Gainesboro, TN. Burial will follow in the Rob Draper Memorial Cemetery in the Stone community of Jackson County, TN. The family will receive friends on Saturday from 1 P.M. - 9 P.M., and Sunday from 11 A.M. until time of services. He passed away on Thursday, October 2, 2014, as a result of injuries sustained in a motorcycle accident. He was born October 21, 1988, in Cookeville, TN, to Randy Ragland and Angie Sisco. He was a factory worker at Eaton, and was affiliated with the Church of Christ. He was preceded in death by his Maternal Grandfather: Earl Douglas Stafford; and his Grandfather: Neal Pharris. Survivors include his Father: Randy (Lisa) Ragland of Whitleyville, TN; his Mother: Angie Sisco of La Vergne, TN; 1 Brother: David Reecer of Smyrna, TN; 2 Sisters: Nikki Ragland of Whitleyville, TN, and Hailey Sisco of Smyrna, TN; his Paternal Grandparents: Haskell and Betty Ragland of Gainesboro, TN, and Patty Pharris of Whitleyville, TN; and Maternal Grandmother: Dorothy Stafford of Gainesboro, TN. Several aunts, uncles, other relatives, and friends also survive. Shannon Hammock and Jimmy Anderson will officiate at the services.

The family of Derek Jordan Ragland created this Life Tributes page to make it easy to share your memories.

Send flowers to the Ragland family.