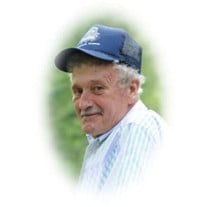 Funeral services for Mr. Hugh Gene Greenwood, 76, of Cookeville, TN, will be held at 2 P.M. on Monday, January 30, 2017, at Anderson - Upper Cumberland Funeral Home in Gainesboro, TN. Burial will follow in the Lynn Cemetery in the Burristown... View Obituary & Service Information

The family of Hugh Gene Greenwood created this Life Tributes page to make it easy to share your memories.

Send flowers to the Greenwood family.