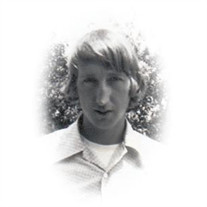 Funeral services for Mr. Kenneth "Sach" Mayberry, 65, of Gainesboro, Tennessee, will be held at 1 P.M. on Wednesday, September 24, 2014, at Anderson - Upper Cumberland Funeral Home in Gainesboro, TN. Burial will follow in the Pharris Cemetery in the McCoinsville community of Jackson County, TN. The family will receive friends on Tuesday from 4 P.M. - 9 P.M., and Wednesday from 10 A.M. until time of services. He passed away on Sunday, September 21, 2014, at his residence. He was born March 22, 1949, in Jackson County, TN, to the late Lester Ray and Lena Wheeler Mayberry. He was a carpenter, and a member of the McCoinsville Church of Christ. In addition to his parents, he was preceded in death by 2 Sisters: Peggy Allen and Leona Mayberry Allen. Survivors include 3 Nephews: Michael Allen, Mark Allen, and Bryant Allen; 2 Nieces: Terry Beth Kennedy and Melissa Allen; 2 Great Nieces; 4 Great Nephews; 2 Brothers: Billy Mayberry and Elmer Mayberry, both of Gainesboro, TN; 1 Sister: Daisy (Terry) Pryor of Gainesboro, TN; and 1 Brother-in-Law: Larry M. Allen of Gainesboro, TN. Bro. Jimmy Anderson will officiate at the services. In lieu of flowers, memorial donations may be made to help with funeral expenses by contacting the funeral home.

The family of Kenneth "Sach" Mayberry created this Life Tributes page to make it easy to share your memories.