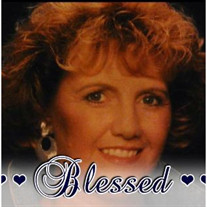 Funeral services for Mrs. Reda Gatlin, 64, of Gainesboro, TN, will be held at 3 P.M. on Sunday, June 30, 2019, at Anderson - Upper Cumberland Funeral Home in Gainesboro, TN. The family has chosen cremation. The family will receive friends on... View Obituary & Service Information

The family of Reda Gatlin created this Life Tributes page to make it easy to share your memories.

Funeral services for Mrs. Reda Gatlin, 64, of Gainesboro, TN,
will...

Send flowers to the Gatlin family.