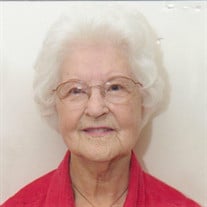 Funeral services for Mrs. Rita Jenkins, 94, of Whitleyville, TN, will be held at 2 P.M. on Wednesday, September 2, 2020, at Anderson Upper Cumberland Funeral Home in Gainesboro, TN. Burial will follow in the Cubb Creek Cemetery in Jackson County, TN. The family will receive friends on Tuesday from 4 P.M. – 8 P.M., and Wednesday from 12 Noon until time of services. She passed away on Friday, August 28, 2020, at her residence.. She was born September 28, 1925, in Jackson County, TN, to the late Sidney Cicero Sloan and Zona Sisco Sloan. On August 14, 1942, she was married to the late Jack E. Jenkins. She worked as a secretary, bookkeeper, as well as a rural letter carrier for the U.S. Post Office in Whitleyville and Gainesboro. She was a member of the Whitleyville Church of Christ. In addition to her husband and parents, she was preceded in death by 2 Sons: Jack R. Jenkins and Brock E. Jenkins; 5 Sisters: Estelle Craighead, Mazelle Wilson, Manella Upchurch, Ruth Williford, and Lois Smith; 1 Brother: Ronald G. Sloan; and 1 Granddaughter: Betsy Jenkins. Survivors include 3 Grandchildren: Tammy (Glen) Jenkins Alexander of Whitleyville, TN, Scott B. (Tina) Jenkins of Asheville, NC, and Jacqueline “Jeannie” Jenkins of Asheville, NC; 1 Daughter in Law: Sherry Jenkins; 3 Great Grandchildren: Erica (Alexander) Blankenship, Tyler Jenkins, and Brandy (Christain) Scotten; and 1 Step Grandson: Jonathan Wheeler. Other relatives and friends also survive. Don Craighead will officiate at the services. Memorial donations may be made to the Cubb Creek Cemetery by contacting the funeral home.

The family of Rita Jenkins created this Life Tributes page to make it easy to share your memories.

Send flowers to the Jenkins family.