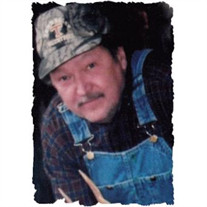 Memorial services for Mr. Rod Brown, 63, of the Flynn's Lick community of Jackson County, Tennessee, will be held at 2 P. M. on Friday, October 10, 2014, at Anderson - Upper Cumberland Funeral Home in Gainesboro, TN. The family has chosen cremation. The family will receive friends on Thursday from 5 P.M. - 9 P. M., and Friday from 11 A.M. until time of services. He passed away on Tuesday, October 7, 2014 at his residence in Flynn's Lick. He was born September 5, 1951 in Jackson County, TN, to the late Homer T. and Nola Meadows Brown. On June 10, 1969 he was married to Annette Brown, who survives. He was a self- employed hunting and fishing guide, a former Jackson County Commissioner, and was a member of the Church of Christ. He was preceded in death by his Parents: Homer T. and Nola Meadows Brown. Survivors include his Wife: Annette Brown of Gainesboro, TN; 1 Son: Rodney Brown of Gainesboro, TN; 1 Daughter: Lanette Brown of Gainesboro, TN; 3 Grandchildren: Will Brown, Noah Brown, and Emma Brown; 2 Brothers: Phillip Brown and David Brown, both of Gainesboro, TN and 2 Sisters: Virginia Strong and Sue Loftis, both of Gainesboro, TN.

The family of Rod Brown created this Life Tributes page to make it easy to share your memories.

Send flowers to the Brown family.